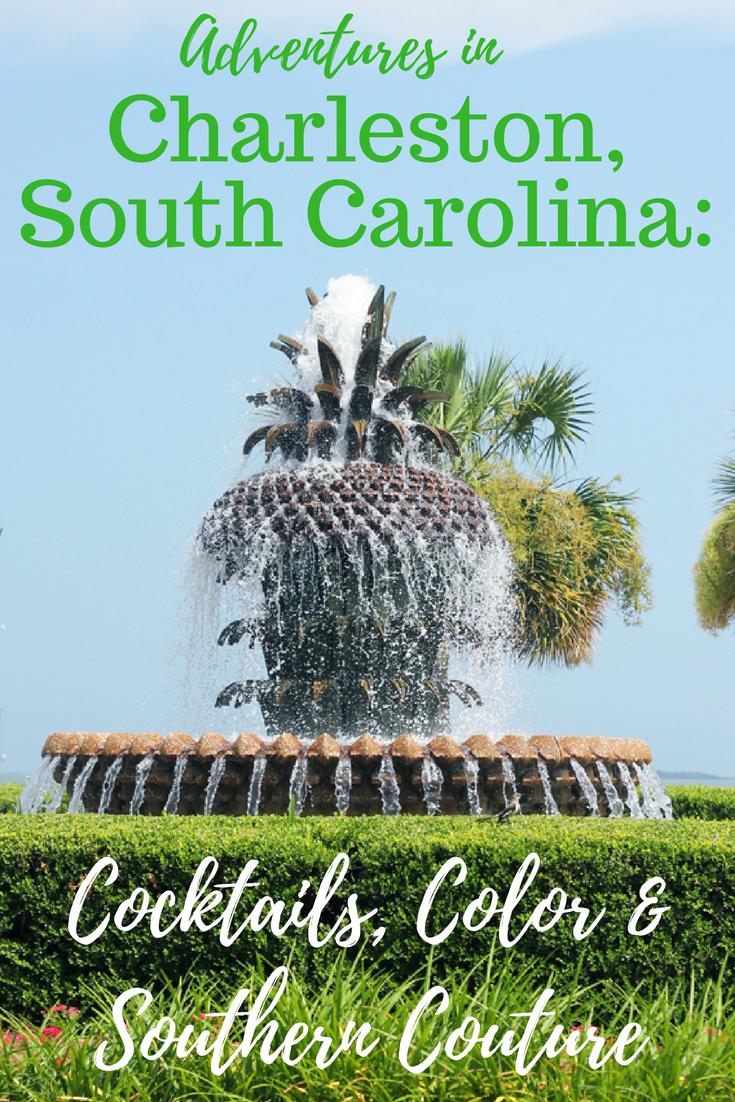 It’s hard for me to really encapsulate a city that I love as much as Charleston.  All in all, I love the south.  I love the food, the people, and I’m really happy the confederate flag no longer flies over the state house, though it’s terrible a tragedy had to happen there just a few weeks ago to get us talking about such a conflicted symbol of history.  Charleston is though, a city full of history.   It is composed of historic buildings, ports, culture and plantations- which are both beautiful and haunting at the same time.  Honestly, it’s a city in which history surrounds you- from the open air markets, to the cobblestone streets and gorgeous gas lamps. Our goal was to eat good food, experience the history, take some tours, and do a lot of walking and photo taking…which, despite a very warm and bug infested few days, I feel was accomplished. We absolutely had some awesome adventures in Charleston. First, let’s talk houses.  If you love history and gorgeous mansions, this is the place for you.  Many of these houses are well over a century old.  From what I was told, if you have a house that was built before 1975, you practically need a permit to change a doorknob.  History here, is important and it is preciously preserved. Honestly, Charleston is its history- more so than many other cities.  The streets are uneven, the nooks and crannies of the city are gorgeous. You can look down the alley of a closed gate and see a gorgeous garden, lit by romantic gaslights.  It reminded me a bit of Boston with it’s colonial architecture and layout- but at a warm, southern pace. Needless to say, the houses there are what dreams are made of.  I fell in love with this house in particular.  I remember when we stumbled upon it, after turning off of battery row- and it was about a gazillion degrees in the sunshine, but I had to stop and take pictures.  It was so muggy, my camera lens kept fogging up, even after acclimating to the climate…it was like walking into someone’s mouth.

But honestly, look at the steps. I don’t know what those are called, I’m not that rich, nor am I that classy, but I will call those “topiary steps.”  Topiary steps are a thing that I must have.  Oh, how I lust for the southern charm of Charleston.  (faints.) If you’re in Charleston, take a tour…or five.  You will learn so much more and support local business…plus it makes for some good stories!  While we were in town, we took two tours with Bulldog Tours that were super fun and budget friendly!  At about $20 a piece, we took the Dark Side of Charleston tour– where I learned about my new favorite business woman, Grace- who ran quite the upstanding brothel in town. She also owned a building when women couldn’t own property and was quite savvy in running a business around the law while being a pillar of the community.

We also found out why prostitutes wore red shoes.  Apparently, it was an easy way for men to know who to proposition so the genteel ladies of the day wouldn’t be offended that they were mistaken for hookers.  Seriously.  At least now, when I walk down the street, even when I wear red shoes, nobody mistakes me for a street walker. Ha!

We also took the Ghost & Graveyards tour, where I got eaten alive by mosquitos. I had 30 bites by the end of it, but it was very cool. I also learned about bug spray.  Lessons were learned. Of course, all that history makes me hungry, and Charleston is delicious…  We also took the Charleston Culinary Tour.  OMG.  As we strolled downtown, stopping along the way for BBQ, fresh local fish wraps, shrimp and grits and an amazing pistachio mousse from Carmella’s (featured below).   I was so full, but it was all so good.  I love it when culinary tours are like a big, long meal- you really get to enjoy the city that way. One place we stumbled upon and totally fell in love with, was the Gin Joint.  My travel buddy usually refers to all good places as a “nice little gin joint,” so of course, when I saw that sign, we had to stop in.  Honestly, it was some of the best cocktails I’ve had- with really fresh, complex ingredients that made for a really sumptuous experience. The ice cubes were hand chizzled from a large block and they even had a side menu where you could tell the bar tender two flavors and he’d whip something special up, just for you.  You could combine refreshing and tart or in my case, fizzy and fruity. It was a great way to cool off, as indicated by our steep bar bill.  But yes- it was so, worth it!  Charleston is a cocktail lovers dream! Another much discussed place that we were told we had to see, was Husk.  We heard reservations were hard to come by and so we were lucky to stop in between lunch and dinner on a weekday with no problem.  We enjoyed a glass of Maderia– a fortified wine that was a favorite  of the southern elites.  We enjoyed the “Savannah” and “Charleston” blends.  Our waiter, who was not too impressed we didn’t order a bunch of food, advised us it was a dessert wine, but apparently we paid no mind to protocol and ordered anyway.

You know, I’m not very proper- but I love me some fortified wine.  We hit up the Bar at Husk later, and I’d say while this place has one awards, and I know I probably missed what everyone was so jazzed about, I wasn’t super impressed with either visit. It was nice, but honestly- it wasn’t my favorite spot in Charleston.  Sorry, Husk.  Maybe next time? Charleston has a variety of tourist locations and really high end shops on King Street- so no matter what you’re looking for, you can find it.  We stopped in Sperry’s and I had to avoid stopping in Kate Spade, it was hard.

One thing we were not prepared for, was the fact that bars would be open until 11 or 12, but many kitchens closed at 10pm.  Our internal clocks always seem to be off when we travel, or maybe we’re just spoiled in Chicago- but a few times we wanted a late night bite with a pint and had to go home hungry.  (Tough life, huh?)  Beyond that (and the really aggressive mosquitos), Charleston was lovely. I’m sort of obsessed with Vineyard Vines & Lily Pulitzer (though honestly, cannot afford it)- and that style sums up Charleston.  It’s a colorful, but very proper and preppy sort of place.  I also discovered Simply Southern and Southern Couture while I was there, and was seriously tempted to buy anything and everything with a monogram, anchor or bright, warm pastels.  Since I only had a carry-on and a backpack for 2.5 weeks of travel through the south, alas, I left empty handed.

Charleston is a city, ready to be sipped.  It also seems to be growing and changing quite a bit as new business comes into the area and the suburbs grow outward.  I considered relocating there, but wasn’t quite sure if it was the fit I was looking for at this point of my life.

Many people say you either love Charleston or Savannah more.  I guess you’ll have to find out which is my favorite in a later post! 😉

Stay tuned, I’ll have more pictures from adventures in Charleston, including where we stayed, soon!

« Why You Should Take a Cruise As A Newbie or Solo Traveler
Pretty In Pink- The Mills House Wyndham Grand of Charleston, South Carolina »